August 14th and 15th KristinKey grew up a minister’s daughter in a small town in west Texas. Much like Footloose, she was raised in a no-drinking, no-dancing, no instrumental music environment, so she immediately took up drinking, dancing and playing an instrument. She seemed like any other well behaved girl… until she opened her quick witted mouth displaying her undeniable sense of humor, so just to be difficult, she added standup comedy to her vices.At 19, while in college to become a paramedic, she decided to try stand-up at the local comedy club. As soon as she took the stage, it was obvious she had found what she had been looking for. Small shows in the Texas panhandle turned into 35 states worth of comedy over the next 5 years as she climbed the comedy ladder one rung at a time. Audiences couldn’t help but love the rapid-fire style of comedy coming from the “Preacher’s Kid”, and though female comics struggled to find work she was booked not for being a woman, but for simply being funny. When Last Comic Standing held their auditions in Austin, Texas, like every other Texas comic, she stood in line hoping for a chance to be seen. After 7 hours of waiting, she got her chance and her ticket to Hollywood to compete with the best in the comedy world. Years as a road comic paid off; she advanced to the final six and her fan base exploded.With validation from millions of comedy fans on NBC’s Last Comic Standing, she moved to Los Angeles and has continued to utilize opportunities in radio, television, writing, and live performance. Kristin’s writing was regularly featured in Life & Style Magazine’s Style Slip-up section. Key has appeared on many television shows including Comics Unleashed and multiple episodes of VH- 1’s 100 Greatest Series, is frequent guest on the nationally broadcast Bob and Tom Show and played on Sirius and XM Satellite Radio and Pandora Radio. And she still blazes around the world performing live in comedy clubs, colleges and military shows, leaving audiences in stitches wherever she goes.

Although she now calls L.A. home, Ms. Key still has that small town point of view coupled with a polished rapid-fire delivery that keeps audiences howling. Musically inclined and, perhaps as a last act of rebellion against her strict upbringing, she incorporates the guitar and her funny, edgy, insightful songs into her comedy. The blend of music, comedy, and her spontaneous sense of humor ensures that anything can happen and no two shows are the same. Much has changed from the dusty west Texas town of Amarillo to the bright lights of L.A. but the one thing that hasn’t changed is that fast-paced quick witted comedy that has kept audiences rolling in the aisles from the beginning and keeps getting better. 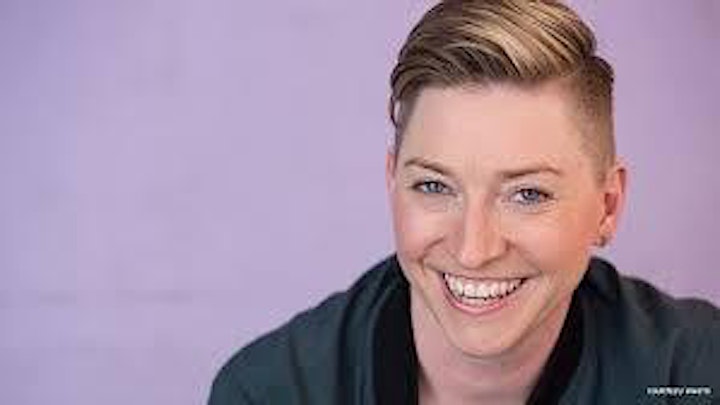